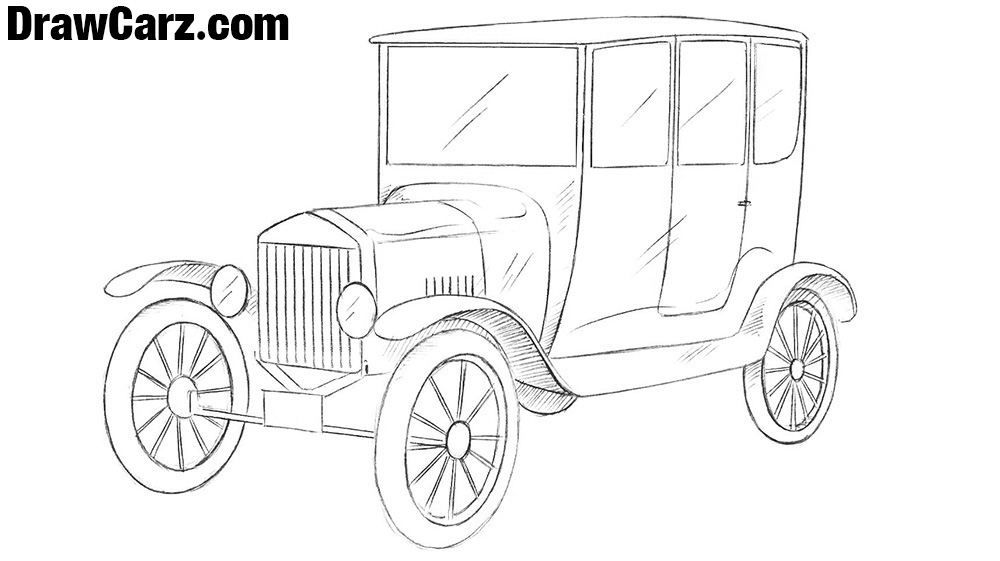 The team of DrawCarz welcomes you on the first drawing guide of the site. And the very first car on DrawCarz.com will be the Ford Model T – the first car that was released in millions of copies. So let’s start the drawing instruction about how to draw a Ford Model T.

How to Draw a Ford Model T

Ford Model T is a very angular car. It means that in this lesson there will be quite a lot of straight or almost straight lines. The first step is fairly easy. All you have to do is make an angular shape for the future Ford Model T. The body of the Ford consists of a rectangular lower part and a square upper part. Try to repeat exactly as shown in our first drawing. 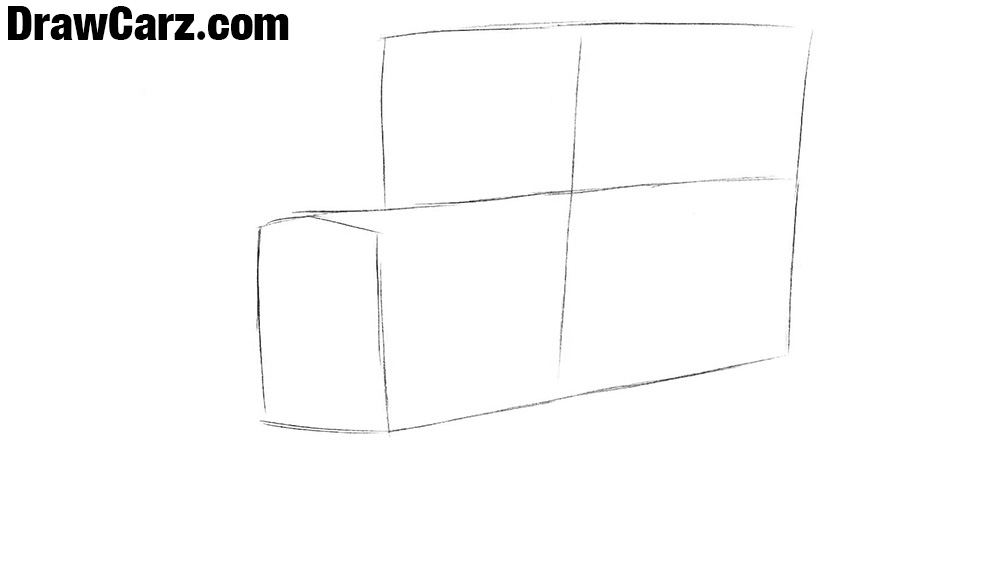 On the lines drawn in pencil depict the tires, old-fashioned arches (which should be separate from the body of the Model T), and circle headlamps. At the top of our good old Ford Model T design the square windows. 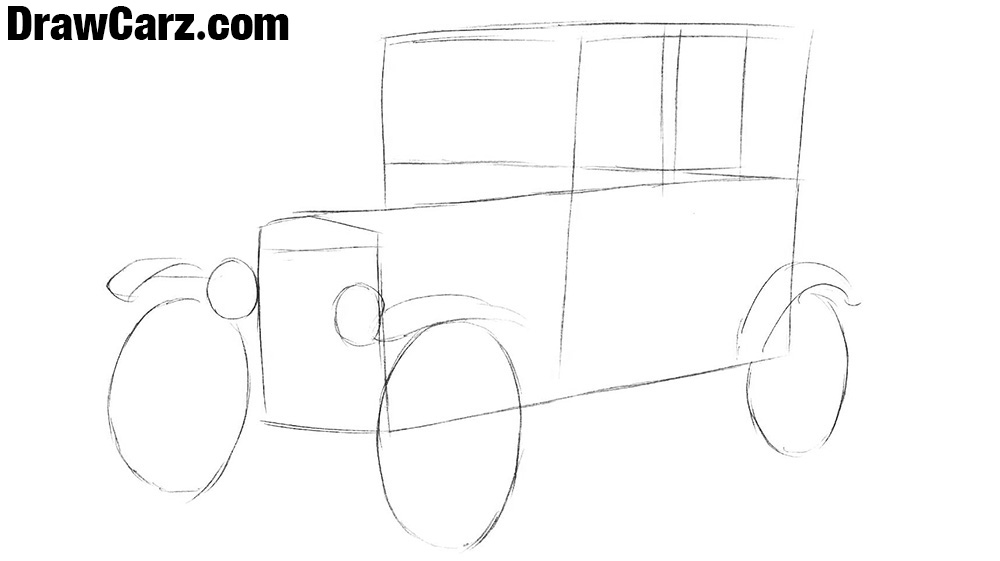 At the “nose” of the Ford Model T, we carefully depicture the grille of the Model T using vertical straight lines. On the sides of the grille, we draw round headlamps. 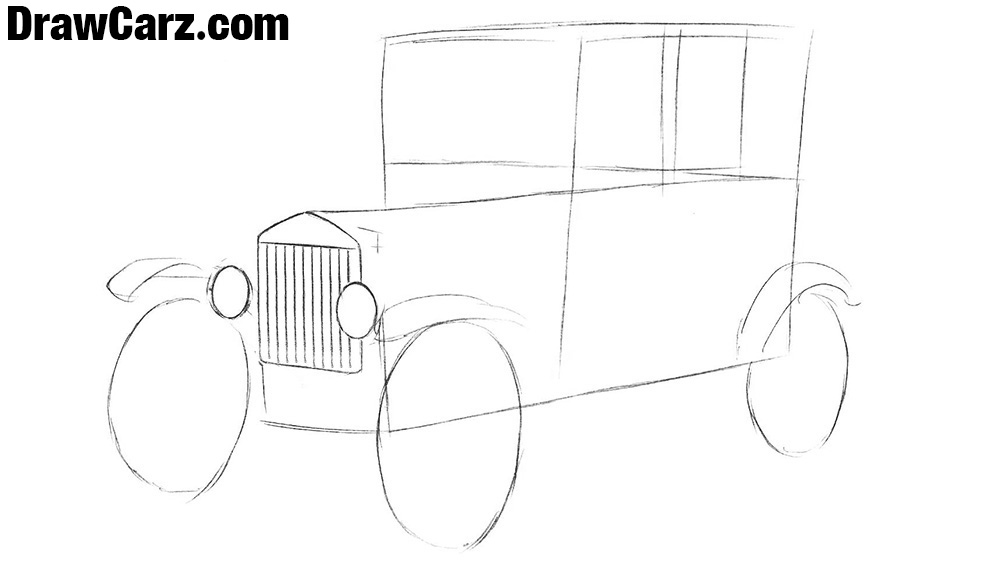 Now draw out the projecting wheel arches. Next, draw a straight hood of our Ford Model T. On the lateral side of the hood (the fact is that the hood of this car opens from the side) draw vertical lines of the air intake. 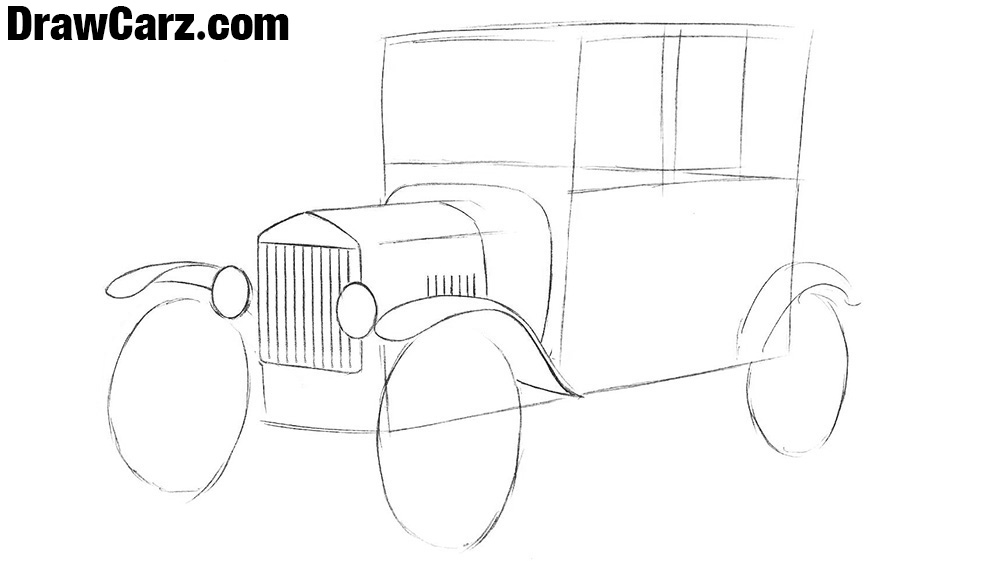 Now we need to draw the cabin of the car. As you can see, this car still has a lot in common with a carriage. Draw out the outlines of the square windows and the roof. Clean the draft with an eraser, removing unnecessary lines. 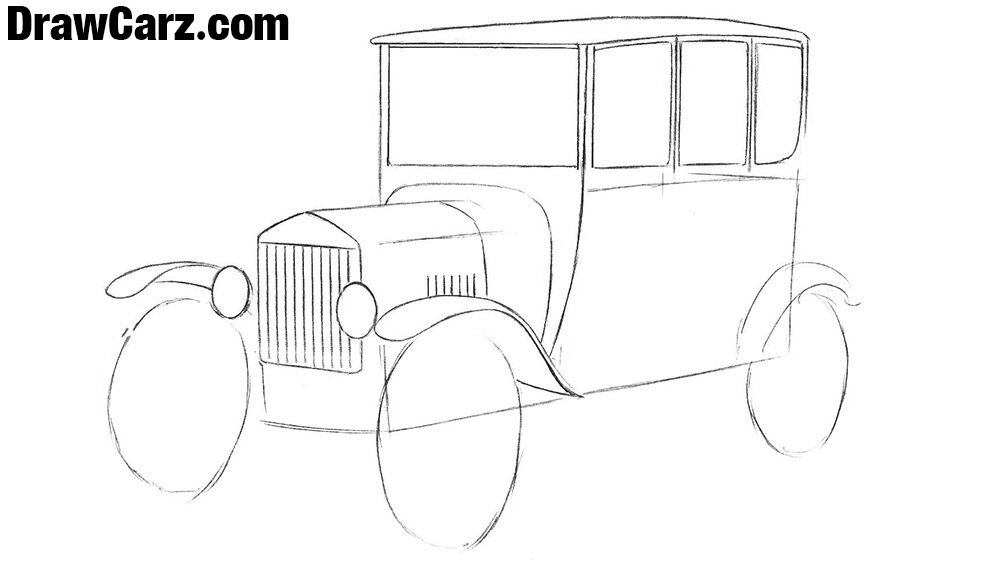 We finished creating the car cabin (in the case of this super old school car, it is literally a cabin) and its only door. In the sixth step, we also will need to draw the bottom edge of the Ford Model T and the rear wheel arch. 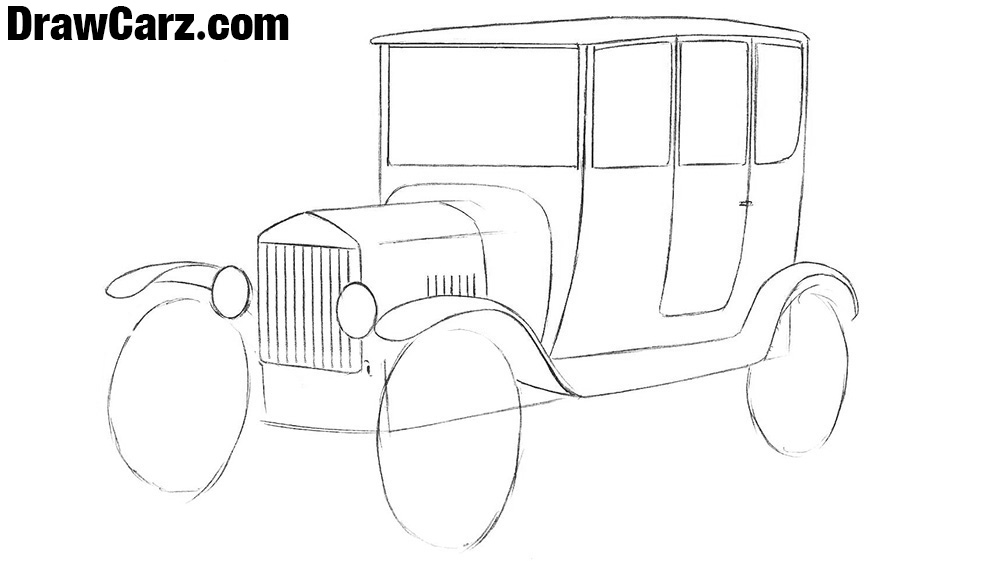 Our Ford Model T drawing is almost ready. It remains only to depicture the tires of the classic car. From this point of view, the wheels look like ovals. Try to make them as shown in our example. 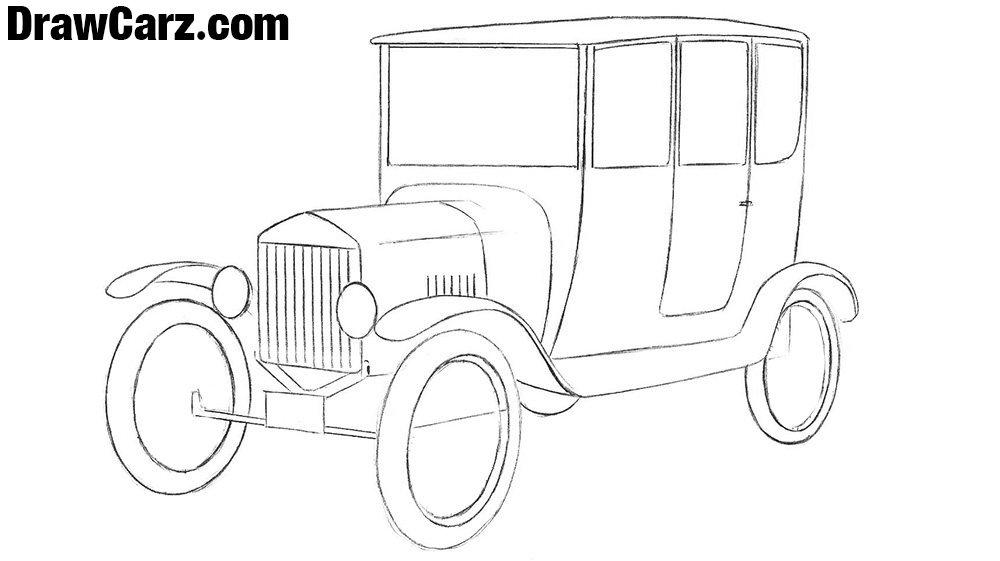 Here we will need to draw car rims. In older cars, such as this Ford Model T, there were rims similar to old carriage rims. So we draw them by straight lines that radiate from the center of the edges. 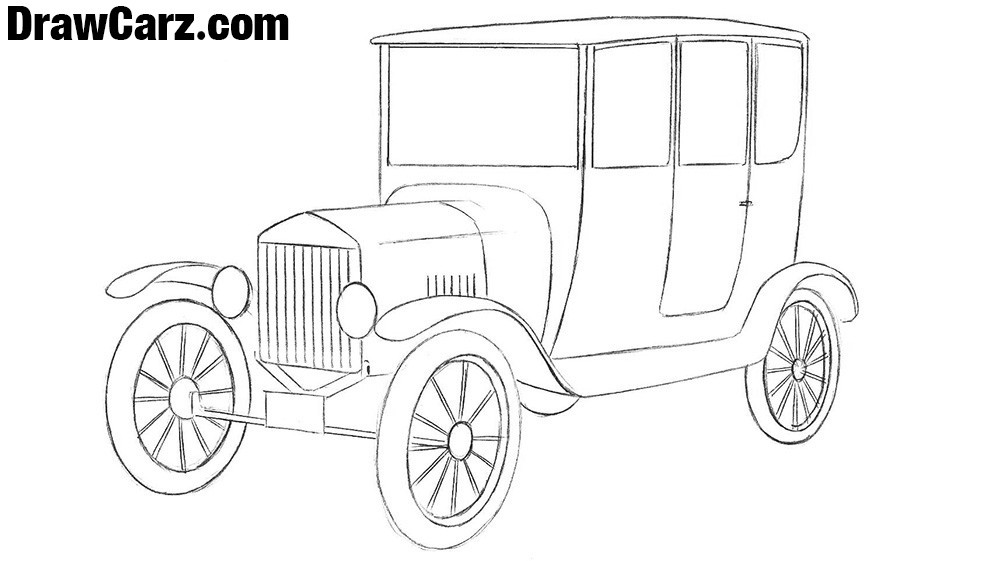 We are close to the final line of the lesson on how to draw a Ford Model T. Add a patch of reflected light to the surface of the windows and depict the shadows.

Ford T was the first truly popular car on the planet. Once it was the Ford T that spurred America’s economy. It was the Ford Model T that forced the authorities in 1909 to go on an unprecedented experiment: to build a concrete mile-long section on Woodward Avenue in Detroit. This was the beginning of the mass construction of roads. It was the Model T that created thousands of jobs and raised the well-being of ordinary Americans to a new level.

So, this was the very first guide on the pages of DrawCarz.com, and in this article, we showed you how to draw a Ford Model T. The beginning is laid, and our team will now continue working with new sketching instructions, showing you how to create the most different types and styles cars. So you just need to tell your friends about our site and visit DrawCarz.com often.